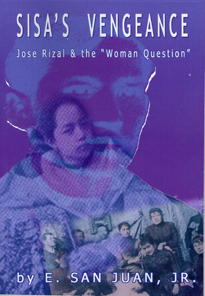 In stock
Reconfirm the price with seller
Seller
Popular Bookstore, Company
Philippines, Quezon City
(View map)
+63
Display phones
Call
Products of other enterprises
Technical characteristics
Description
Excerpt from the beginning of the book:
"More than his persona as the astute and circumspect dissident, Jose Rizal as lover, romantic protagonist, and simpatico confidant of women of various nationalities, has preoccupied many scholars to the point of suspecting that there was something anomalous somewhere. Was Rizal manic-depressive, or simply neurotic? Few would accuse him of being an unscrupulous and promiscuous Don Juan. In fact, Rizal was courtly, thoughtful, even fearful and wary towards the opposite sex — except for his mother. . . The inamorata Leonor Rivera exposed the Rizal phallus as a "semblance" (to use the Lacanian rubric) while Josephine Bracken restored it to its decorous size. Only one other woman challenged him: Nelly Boustead, while the Japanese Seiko Usui/O-Sei-San confirmed his virility, sacrificing herself (in his judgment) without demanding any reciprocity nor due recognition of her gift/service.
Entangled in this seductive chronicle of amorous affairs, we take a moment to interpose mindful distance and ask: what is Rizal's ultimate assessment of women's actual virtue and potential? None of his biographers has contributed anything substantial on this, perhaps intimidated that if they venture to engage with "the woman question" they would provoke a Pandora's Box of adversarial criticism that might expose vulnerable biases and unconscionable presumptions."
Contact the seller
Sisa's Vengeance: Jose Rizal & the "Woman Question" by E. San Juan, Jr. book

We created a Personal Account for you to make the process of buying faster and easier in the future.
To activate, use the link in the E-mail that we have sent to you