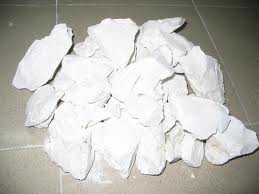 
Calcium oxide is usually made by the thermal decomposition of materials, such as limestone , that contain calcium carbonate (CaCO3; mineral name: calcite ). This is accomplished by heating the material to around 900°C (American Standard), a process called calcinations or lime-burning , so as to remove the carbon dioxide in a non-reversible chemical reaction . Lower temperatures would result in a reversible reaction, allowing the calcium carbonate to reabsorb the surrounding carbon dioxide. This is one of the first chemical reactions discovered by man and was known in prehistory.

We recommend to see
Lime
Send inquiry
Buy
Contact supplier
Your question has been sent successfully
Consultants of the shop typically answer questions during the day.

We created a Personal Account for you to make the process of buying faster and easier in the future.
To activate, use the link in the E-mail that we have sent to you